The Anatomy of Z-Wave™ Repair

Z-Wave™ is a mesh network technology, where Z-Wave devices that are part of the same network will act as signal repeaters to help extend the range of each device, which is a theoretical 100 meters (328 feet) in open air with no repeaters. While the lower frequency of Z-Wave signals more easily travel through most walls. floors and ceilings, such obstacles can weaken the effective distance that the radio signal can reach. Since your home is almost always not going to be an open space building with no obstructions from building materials, furniture or appliances to reduce that range, the solution is the mesh network to give your Z-Wave signals alternate paths to follow. A common object such as a mirror (which is a really just metal plate on glass), or a metal appliance can significantly affect Z-Wave quality. Even if the mirror or appliance is not directly between the hub and the device, it does not mean that it won’t reflect signals in the wrong direction and cause connectivity problems.

To build a reliable mesh, every device in the network needs at least two routes between the hub and every device on the network. This means you need at least one Z-Wave repeater in every network. It is therefor recommended that you have a mains powered Z-Wave device roughly every 9 meters (30 feet), or closer for maximum efficiency. Adding Z-Wave repeaters allows Z-Wave devices to intelligently route signals around obstacles, enabling whole-home coverage. 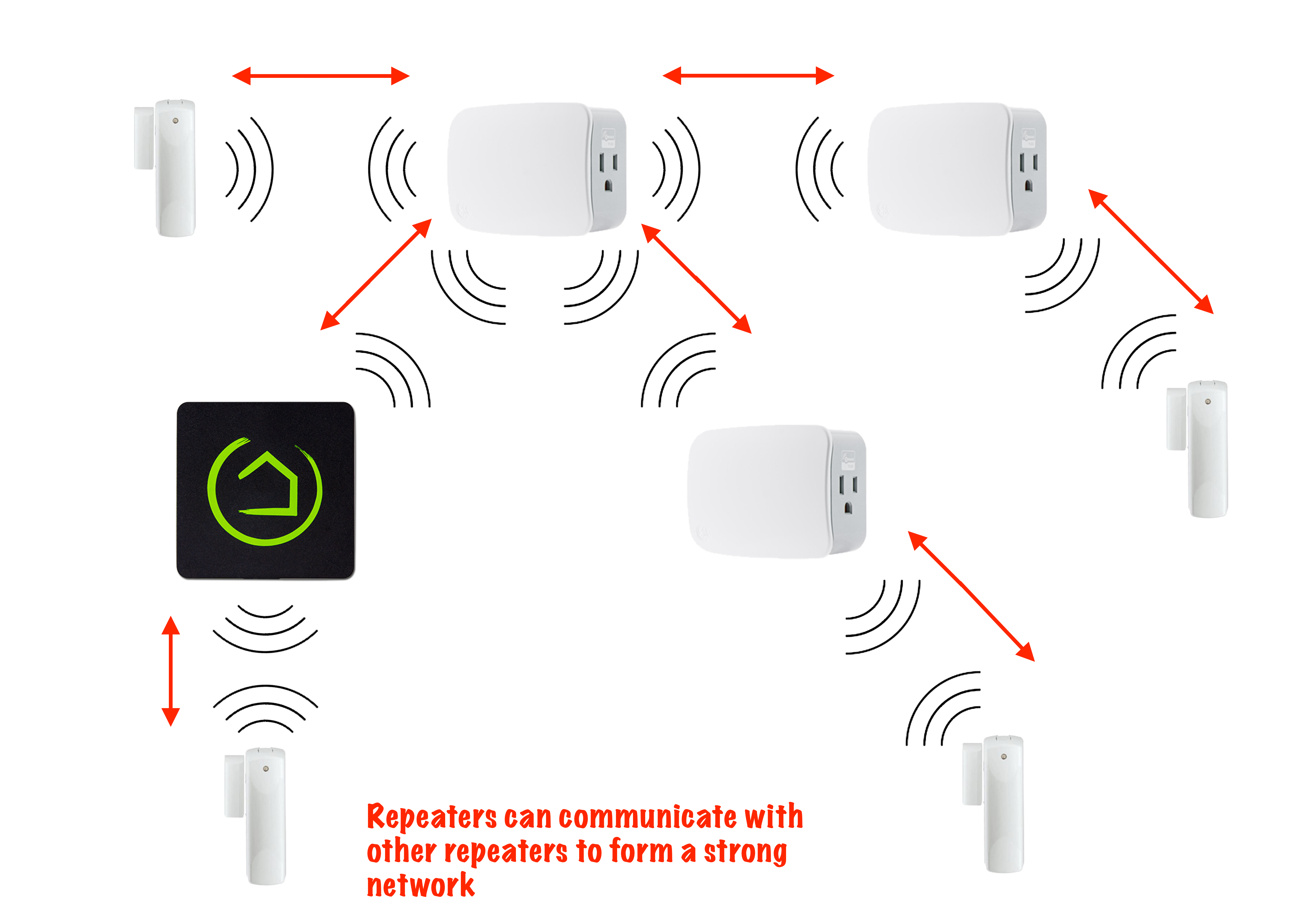 Since things tend to change frequently in a home automation network when adding new devices or rearranging where they're physically located in your home, the hub needs to have the capability to “heal” the network occasionally in order to adjust for those types of changes. To keep track of where its neighbors are, mains powered Z-Wave devices build a neighbor table of the closest neighbors to each device on the network. When you initiate a Z-Wave Repair, you are telling each Z-Wave device on the network to re-establish which other Z-Wave repeaters are closest and will provide an efficient signal route to your hub.  This also tells each device to forget about any devices that no longer exist on the Z-Wave network, or are now out of range and won't be available for routing.

If you have your door locks joined to multiple hubs, and they seem to have shorter than usual battery life, you may be suffering from the limitations of older, non Z-Wave-Plus devices. Early generations of Z-Wave would wake up battery powered devices like door locks using only their NodeID to request which node to wake. This works fine with a single hub, were every node on the network has a different NodeID, but if a door lock on each hub has the same NodeID, then every hub will wake up every door lock in your home any time one of them needs to check on the battery level of any door lock, and when a Z-Wave Repair is performed. The solution is to ensure each adjacent hub with older non Z-Wave-Plus devices, has a different NodeID for each of your door locks or battery powered nodes.